By Catherine on February 28, 2020 in Obituaries 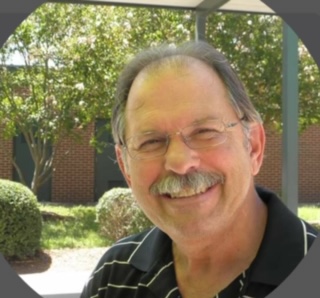 On Sunday, February 23, 2020, Gary Eugene Weber, loving husband and step-father passed away at the age of 70 at home after a long battle with Dementia.  Gary was born on October 21st, 1949 in Greeley Colorado to Charles and Wilma Weber.  Charles served in the Air Force.  Eventually, Gary moved with his mom and brother to Ft. Walton Beach Florida where he excelled in Little League Baseball. Gary graduated from Choctawhatchee High School where he lettered in varsity football and made lifelong friends.  After two years of college he joined the Navy and served on the USS Independence Aircraft Carrier where he became the Captain of a group working on the F4 Phantom jets during the Vietnam War.  Eventually he was stationed in Iceland as AE5 ranking.  He always enjoyed tinkering on cars so he followed that love and made a career working with Chrysler Dodge where he was well known for his expertise.  Gary loved racing and Alabama Crimson Tide of which he couldn’t miss a game.  He was always wearing either in a racing shirt or an Alabama Roll Tide shirt.  His love for music led to quite a collection of 60’s music.  He and Becky enjoyed years of camping and travel.  He was preceded by both parents and Brother Bryan and survived by wife Becky and two step-children, Jeff Sherrill and Kimberly Sherrill Stamey as well grandchildren Taylor, Zack and Hailee Stamey, and Brayden and Noah Sherrill and his aunt Janet Packer with whom he remained very close.  A memorial service will be held at Denver UMC on March 7th, 2020 at 11:00 with receiving of friends from 9:30 am to 10:45.