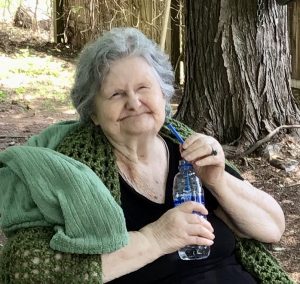 Elizabeth Ann Geckler, 88, of Denver went home to the Lord on July 2, 2020, surrounded by light and love after a brief battle with colon cancer.

Born on April 3, 1932 to the late John Murtha and Helen Murtha (Bowers) in Philadelphia PA.

Betty grew up in Philadelphia. She  spent her married years in Browns Mills, NJ and her retirement years in Bonita Springs, FL and Denver, NC. She was a devoted wife, mother, grandmother and great grandma (GG). She loved family, dancing, singing, all things Ireland, travel, and collecting lighthouses where ever she went. Just like a lighthouse she stood alone as the matriarch of the family, she was our light and beacon home.

A graveside service will be held privately in New Jersey along with a celebration of life and light at a later date.

The Good Samaritan  Funeral Home is serving the Geckler Family.