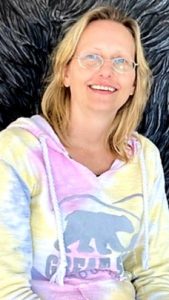 Mrs. Tammy Deann Fowler, of Taylorsville, passed away Sunday, August 22nd 2021, at the age of 52. Tammy was born on November 22nd, 1968 in Iredell County.
Tammy was a 1987 graduate of Alexander Central High School, and a licensed cosmetologist from Mitchell Community College. Tammy was a selfless, supportive and loving wife, mother, and grandmother.
Tammy was preceded in death by her father, Wayne Pritchard, and her mother, Brenda Elder Warren.
Survivors include her devoted husband of 25 years, Lee Fowler of the home; son Perry Fowler (Shania Lewis) of Taylorsville, daughter McKayla Fowler (Joseph Gilbert) of Wilkesboro, daughter Katelyn Jowers and Husband Dalton of Hiddenite, stepson Dustin Fowler and wife Tanisha of Maiden, stepson Lathan Fowler and wife Kristin of Huntersville, stepfather Kenneth Warren of Taylorsville, brother Todd Pritchard and wife Tammy of Hiddenite, 10 grandchildren, numerous cousins, aunts and uncles, a niece, and 2 nephews.
The viewing/receiving will be Friday August 27th at 2PM-3PM, with a small prayer service afterwards, at Good Samaritan Funeral Home in Denver, NC. Tammy will then be buried at a later date at Salisbury National VA Cemetery.
The family would like to thank everyone for their prayers, encouragement, and support through this difficult time. In lieu of flowers; the family requests that donations instead be made in Tammy’s name to a Hospice or home care of your choosing.