By Catherine on February 3, 2022 in Obituaries 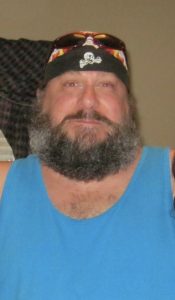 Scott Lovelace also known as “Shorty” or “Cracker” of Dallas NC, 56, was born March 31st 1965 to the late June Ann Read and Roy Lovelace Jr.  He went to his heavenly home January 30th 2022.  He was a former painter, loved dirt tracks and adored his family.  His girls were the apple of his eye.  He loved his country and his heritage.

A celebration of his life will be on Saturday February 5th 2022 at 2pm at Fairview Baptist Church in Newton NC. The family would like to request that you wear something blue in his honor.

In lieu of flowers, the family ask that donations be made to the pastor and church.