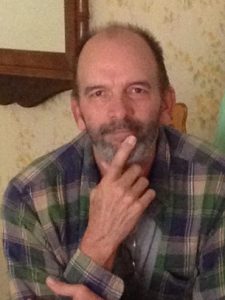 Rocky McKinley Fox, 61 passed away peacefully in his sleep from natural causes at his home on Saturday, September 18th, 2021. Rocky was born on December 26, 1959 in South Bend, Indiana to the late Clifford McKinley and Buenita Jean Webster Fox. Rocky and his family moved to Florence, Kentucky in 1961. He graduated from Boone County High School in 1977. Shortly after graduation, he moved to Johnson City, Tennessee where he started his career with the airline industry. He worked part-time at United Coal Company, Appalachia Flying Service, and Piedmont Airlines. In the early nineteen eighties, he was offered a full time position with Piedmont Airlines, which brought him to Charlotte, NC. He was still working for what is now American Airlines at the time of his passing.

Rocky was of the Christian faith whose final journey took him back to be with the Lord, his father, mother, and mother-in-law, Ruth Kibling.

There will be a Celebration of Rocky’s life on Thursday September, 23 2021 at Salem United Methodist Church 378 N Pilot Knob Rd Denver, NC 28037. The family will receive friends from 5 to 6 pm. The service will begin at 6pm. The Reverend Eric Lane will be officiating the service.

The Good Samaritan Funeral Home is serving the Fox Family. Condolences to the family may be sent through the funeral homes website at https://www.thegoodsamaritanfuneralhome.com/

In lieu of flowers, memorial donations can be made in Rocky’s name to the American Heart Association https://www.heart.org/

Due to the smaller size of the Sanctuary, the family is requesting that everyone who attends, wear a mask.