By Catherine on November 19, 2022 in Obituaries 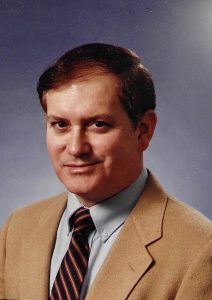 Robert Peter Miller, whom many knew as “Bob,”of Iron Station,  passed away peacefully surrounded by family on November 10, 2022 at 81 years of age.

Bob was born July 13, 1941 in Ann Arbor MI, the son of Robert P. and Virginia (Rockman) Miller. He graduated from East Aurora High School, Aurora IL, class of 1959.  Bob attended Bradley University in Peoria IL and ultimately earned his BS from Aurora University in Aurora IL. He was a member of the Phi Mu Alpha music fraternity. For most of his career, Bob worked in marketing and human resources for industrial companies in Illinois and North Carolina. On July 31, 1965 Bob married Lana Podschweit of Yorkville IL and they most recently celebrated 57 years of marriage.

Bob is preceded in death by his parents and a brother, Ray Miller, of Escondido CA. Left behind to honor his legacy are his wife Lana (Podschweit) Miller, his son Rob Miller and his wife Ann Marie of Alexander NC; his daughter Julie (Miller) Towson and her husband Sean of Iron Station NC; five grandchildren, Nadia Miller, Miller Towson, Kenley Miller, Banks Towson, and Paisley Miller; brother Richard Miller and his wife Shannon of Mission Beach CA; sister Patricia (Miller) Rains and her husband John of San Diego CA; brother Norman Knights and his wife Celeste of Florida; many nieces and nephews.

A service of remembrance will be held at 5:00pm Friday December 9, 2022 at Vesuvius Vineyards, 6173 Vesuvius Furnace Rd., Iron Station NC. Those who wish to remember Bob in a special way may make gifts in his memory to the American Heart Association. https://www.heart.org/en/get-involved/ways-to-give

Arrangements are in the care of The Good Samaritan Funeral Home, 3362 North Highway 16 (Business) Denver, NC 28037.

One Response to Robert Peter Miller