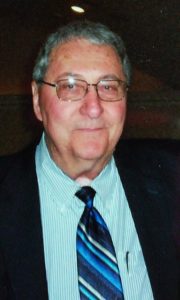 Julian Ules Tannery, 86, of Stanley passed away on Monday, May 16, 2022 at Atrium Health Lincoln. He was the son of the late John Benson and Irene Bennett Tannery.

Jake, as he was known to his friends, worked as a brick mason at Duke Power for 18 years and operated Affordable Used Cars for 22 years before retiring in 2012 due to his failing health.

A private memorial service will be held at a later date.

The Good Samaritan Funeral Home is serving the Tannery Family.