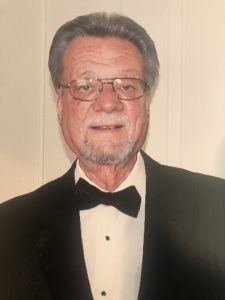 On June 17, 2020 George “PAP” Popko; of Denver NC passed peacefully in his sleep surrounded by his loving wife of 47 years and his children.

George was born on March 12, 1949 to the late Goldie and George W. “Popeye” Popko.  He dedicated his life to teaching young children and retired 17 years ago after devoting 30 years in Montgomery County Public Schools, MD. helping young kids be successful.

George will forever be remembered as a Steeler fan, an exotic car buff, and most of all a dedicated family man with an incredible sense of humor.

George was a fighter and an inspiration to many.  He survived 16 years after being diagnosed with Pancreatic Cancer which is unheard of.

Additionally, George was the oldest brother of four siblings; David, Gerald, Brian and his baby sister Jackie who will miss him dearly.

The Good Samaritan Funeral Home is honored to serve the Popko Family.