By Catherine on February 14, 2022 in Obituaries 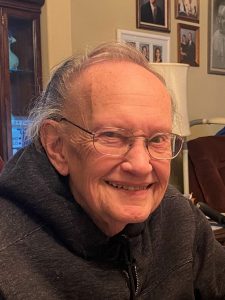 Dr. Gilbert Andrew Jarvis, a dear kind soul, has departed this earth on February 11, 2022.  He was two days short of his 81st birthday. He tried to convince us that the Super Bowl was being played in honor of his birthday. We will miss his humor.

He was a professor at The Ohio State University in the College of Education where he taught and chaired several academic departments.  He was Chairperson Professor Emeritus at OSU.

Gilbert is an author, coauthor, and editor of more than 60 books, as well as of more than 50 scholarly articles. He also made presentations to nearly 100 professional organizations during his career. He mentored 70 doctoral students to completion of their Ph.D. Degrees and was always very pleased by their collective career success.  He also provided service to many professional organizations and government agencies.

He is preceded in death by his parents, Vernon and Angeline Jarvis, In-laws John and Eleanor Ganter. His son Mark Jarvis. Brothers-in-law George Kailhofer and Russell (Lisa) Ganter.

The funeral will be private.