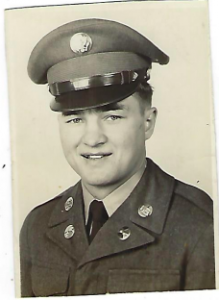 Clyde Driggers was born in Scotland County, NC on October 7, 1927, to parents Edward and Ethel Driggers.

He is survived by his son Ronnie Driggers and sister Wanda Johnson, 5 Grandchildren and numerous nieces and nephews.

Clyde served his country in the U.S. Navy, U.S. Army, and U.S. National Guard, retiring with the rank of Sargent after 39 years. When his Navy enlistment was up, he went the next day and enlisted in the Army to avoid going to work in the cotton fields. Clyde was very proud of his military service and quick to tell you he served 39 years. 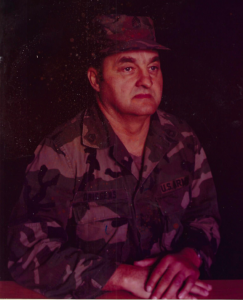 At this point in his life, he was definitely entitled to rest and enjoy life, choosing instead to spend the next chapter of life as a civilian, working.  He worked as a butcher, retiring for a 2nd time from Hormel Meats.  He had various jobs throughout the years, retiring for a 3rd time as a truck driver for McHansa Trucking at the age of 91.

He loved dirt track racing and spending time with his family and candy.

When you saw Clyde, he most always had a baseball cap on.  It could be a hat for anything from a cabinet company to his favorite which would be for one of the military branches he so proudly served.

Family will receive friends on Saturday August 27, 2022 from 1PM-2PM at The Good Samaritan Funeral Home. A Religious Service with Military Honors will follow at 2:00PM at the funeral home.