By Catherine on November 20, 2021 in Obituaries 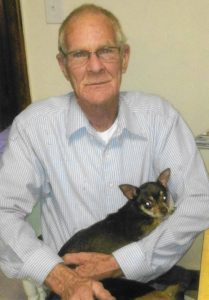 Carl graduated from Harding High School in Charlotte, North Carolina in 1963. He was one of the first North Carolina State EMTs. Carl’s passions included working as well as spending time with his family and animals.  He was the animal whisper taking care of all animals.

Along with his parents, Carl is preceded in death by his furry friend Little Bit.

A Celebration of Life will be held on Saturday November 27, 2021 at 2:00PM at Denver Wesleyan Church 2381 North Highway 16 (Business) Denver, North Carolina 28037. Officiating will be Pastor Johnny Houser.

In lieu of flowers, donations in Carl’s memory can be made to Lincoln County Animal Shelter 1975 Boy Scout Rd, Lincolnton, NC 28092.

The Good Samaritan Funeral Home is honored to serve the Knight Family.