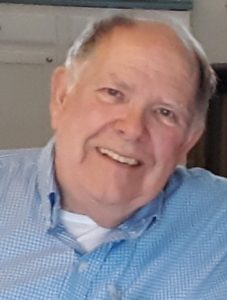 On Friday, May 8, Robert Edward Pearson, loving husband and proud father and grandfather, passed away peacefully at the age of 74. Robert was born January 30, 1946 in Cincinnati, Ohio to John Pearson and Elsie Bremer Pearson. Robert grew up in Loveland, Ohio and graduated from Loveland High School in 1964. He participated in Boy Scouts, Junior Achievement and amateur radio. He received his first FDC operator permit at the age of 16 and continued to enjoy talking to other operators around the world throughout the rest of his life.

Following High School, Robert enlisted in and was honorably discharged from the Marines. He worked with electronics and was a field technician, primarily fixing and building computers and phones.

Robert and his wife, Janet, moved to Florida in 1992 and started an adult day service for seniors with memory loss. Robert served as president of 9 to 3 for 10 years. Following retirement, they moved to North Carolina where Robert was very active as a fourth degree Knight of Columbus. Robert never met a stranger and was always prepared with a joke in hopes of making people laugh. He was a man of integrity, kindness, and humor and he will be missed by his many friends and family.

In light of current conditions, a private service will be held on May 26 with a celebration of life later this summer.

Memorial donations may be directed to the Lamb Foundation of NC at 8458 Blades Trail, Denver NC 28037 or online at Lambnc.org