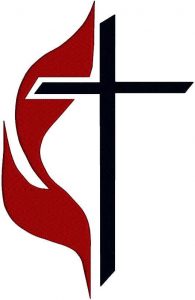 Rev. Dr. Harold Keith Bales, 77, of Denver, passed away on August 11, 2019. He was born on January 16, 1942 in Knox County, Tennessee. He was the son of the late Burchell H. and Edith F. Bales. He was for most of his adult life a United Methodist Minister serving churches in Tennessee and North Carolina notably at First UMC in Charlotte, Central UMC in Asheville and First United Methodist Church in Gastonia, NC. During most of his ministerial career, he was not only a pastor but a denominational executive. He served on the Boards of Trust of Tennessee Wesleyan College, Emory and Henry College and Hiwassee College. He also served on the Boards of Directors of numerous community agencies. He was the Executive Director of The Churches Presence at the 1982 World’s Fair. He was also a writer, teacher, lecturer and church consultant.

A Memorial Service will be held at Trinity UMC 416 E. First Street Kannapolis, NC. 28083 on Monday, August 19, 2019 at 2:00 PM. Additionally, the service will be live-streamed and can be accessed via the following web address: ustream.tv/channel/trinity-umc-kannapolis

In lieu of flowers, memorials may be made to First UMC Charlotte, First UMC Gastonia, Central UMC Asheville and Trinity UMC Kannapolis.

The Good Samaritan Funeral Home in Denver is serving the Bales Family.